From Behind the Backstop 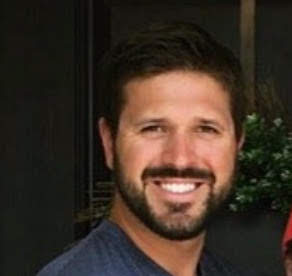 In a previous post I talked about in order to improve as a scout there needed to be a level of self-evaluation. The single most thing that haunts me is missing on a player. Let’s be honest as a player you will fail and as a scout you will fail. Now like a player you want to work at it to improve yourself and I think that's the same that goes for scouting. I hate missing. We will miss on the evaluation that's going to happen. What I believe you cannot miss on is the player. Knowing the player can tilt the scale of the evaluation up or down.

I’m going to dig in on one that literally haunts me because I loved the player, but I missed on the evaluation. The player is Paul Dejong of the St. Louis Cardinals. Now let's clarify something. You cannot evaluate a miss until a player becomes established. I thought at one time I was too light on Kyle Schwarber cause of how quick he rose through the system. A couple years in I believe I was dead on what type of player he has become. Now back to Paul. He has been in the league for a few years, continually produces and recently got a nice extension to keep him in STL. When I say miss it’s not like I buried him. I still had an ML grade on him. Where I missed was that I didn’t have him in a higher role where he could be a potential All Star caliber player. Paul has become an impact player with a ton of value, especially since he is playing a premium position.

Let’s go back to the Illinois State days. His first year on campus he hit 260 with no home runs no big deal it’s an adjustment for anyone. He came back as an eligible sophomore and was another player hitting 349 with 9 home runs. Now many of the scouts knew little about him. That year the Pirates selected him in the 38th round almost as a flyer since he performed. That was a great pick getting his rights to sign him. Paul then went to summer ball in the Northwoods League and was on a tear. He would later break the home run record that summer. Unfortunately, the Pirates did not sign him, and he returned to campus for his junior year.

Now enter Paul’s junior year where we now have some history. When you would go watch Paul it was an easy repeatable swing nothing flashy just loose and easy. If you started to line up the tools here you go; was not a runner and he would admit that, arm was average, footwork and hands in the field were playable, lots to like with the swing and power came fairly natural. Doesn’t jump off the page saying everyday SS in the Major Leagues. To be honest I thought he was a catcher. Paul would catch game two on the weekends and I always went, and he showed he could do it. When you put that bat and power behind the plate you have a superstar. The question in college was where he would play. He would play 3B or 2B but never SS. And when he was on the dirt it was fringe defense.  But the one constant through all this was the bat. That year he his 333 with 15 home runs. I remember watching BP many times and it looked like a normal line drive to a gap off the bat and it just never stopped carrying. The Cardinals selected him in the 4th round which was a tremendous pick. They valued the bat and showed it with taking him there. Many at the time may of said that's too high. In the 4th round they got a middle of the order run producing bat who is a plus person. Not bad!

One thing I learned from all this was do not get so caught up in the defense. That can get better unless there a butcher. If the player can hit, they will find a place to play. Like Kyle Schwarber. Now with that said Paul has established himself into a good SS. He will work his tail off to make himself the best he can be. That goes back to the person, the make-up, work ethic and growth mindset. It was all there.

Looking back on my report of Paul I had the person right but where I missed was the bat. I liked the bat just did not push it enough. Going forward what would change for me is; I ask myself; do you believe this can be an impactful bat? If the answer is yes, then that needs to be conveyed in the report. Then try and identify why they can make themselves playable at a position. In this case the make-up/work ethic and growth mindset would allow Paul to become an everyday All-Star caliber player.

Another player around that same time that is very similar is Nick Solak. If you follow the Rangers, he was just acquired from Tampa. Same type of situation, questionable defensively but always hit. In addition, similar type make-up. Now I had the same grade on these two players and both now in the big leagues. They were my “gut feels,” which shows there is something to be said about those type of guy and the human element of scouting.

Sharing thoughts and ideas about the game of baseball. An all encompassing blog telling stories from the road, players that I have seen and ways to improve and become a better evaluator.